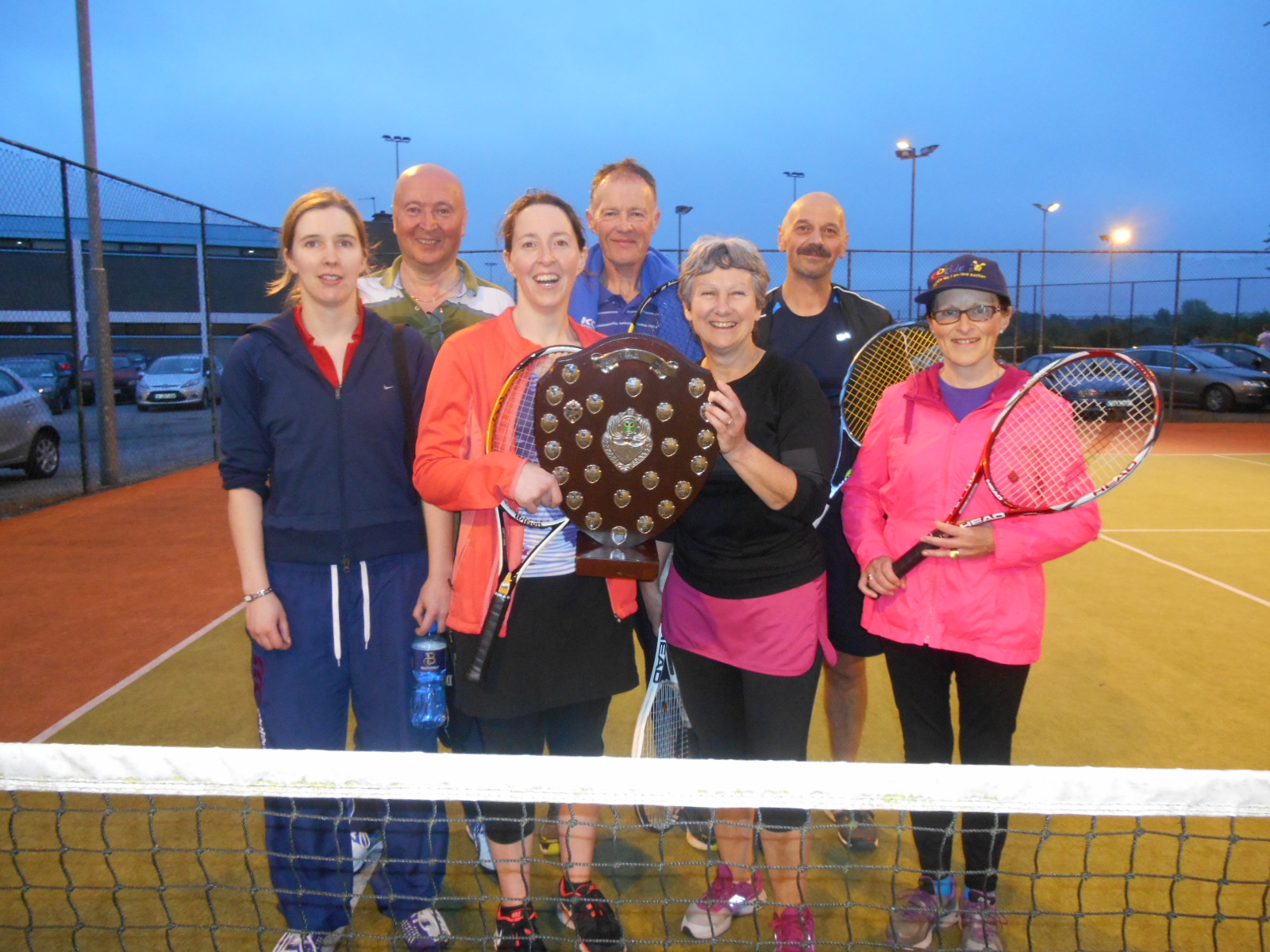 The four teams played a round robin series of matches on Thursday and after a most exciting night of exceptional tennis the winners were Orla and John with the Rose/Tomasz combination in second place, this after a play of against Deborah and P J O’ Reilly.

The winners were presented with the shield by Rose Costello, Ladies Captain.

The ladies and men’s summer leagues will be played over the next few weeks and some members have achieved wins during the past week even though the annual mixed doubles were also in progress. Michele Culligan and Anne Dooley were victorious and Pawel Michalski also had an excellent start winning 2-0.

The ladies and men’s doubles competitions will be played on Monday 8th and Tuesday 9th June with the finals on Thursday 12th. If interested in playing in these events please sign up on the official form in the clubhouse.

Membership fees for the new tennis year are due from 1st May. Membership Forms and Programme of Events for the year are available in the clubhouse. Fobs will be disabled from 31st May in cases where membership has not been renewed. New members are warmly welcomed!

During Tuesday night’s tennis Jill Oliver played her first match in Athlone and she joined with Anne Dooley to take the honours.

Olivia Sumner and Dave Costello were a winning combination on Thursday.

Clem Higginbotham continues coaching lessons for junior members every Saturday. The lessons begin at 10 for children under 8, at 11 for under 12 and at 12 o’ clock for over 12 years of age. His contact number is 0864022490.

He is also organising lessons for adults Wednesdays or Fridays for interested individuals.